We’ve discussed the topic of English as the “lingua franca” and how this creates a challenging situation for minority languages. In most school districts around the country, the result has been a growing momentum to abandon English-only approaches in favor of programs that encourage students to value and utilize their home languages in a variety of contexts. But what do we stand to lose when languages disappear from one generation to the next?

We discuss these issues and more in a two-part series on the Highest Aspirations podcast featuring Professor K. David Harrison, an author, environmental linguist, and advocate for the revitalization of endangered languages. Some readers may also remember Professor Harrison from his Keynote speech at TESOL 2019 in Atlanta.

“We have to approach cultures with a sense of curiosity, but also a sense of humility. We don’t know everything, we don’t even know what it is we don’t know.”

Our conversation dove into Harrison’s work with indigenous people in “language hotspots” across the globe, the impact of technology on efforts to preserve endangered languages, and his work on the Talking Dictionary, an online tool designed to spread the availability of language resources for every endangered language in the world. He connected his experience with “language warriors” fighting to preserve and revitalize oppressed languages with the role ESL teachers play for their students.

We encourage you to listen to parts one and two of our interview here or wherever you get your podcasts. In the meantime, here are a few key takeaways:

Harrison emphasizes that technology plays an important role in the preservation of languages - the Talking Dictionary being a prime example. Savvy cultures and language warriors like Bud Lane of the Siletz tribe in Oregon have been able to leverage the Internet and other modern tools to share their language and culture with a global audience in a way that would otherwise not be possible.

Emotional connections play a key role in learning and preserving a language.

For languages that are currently in danger of becoming extinct, much hope lies in the power of emotional connections for language revitalization. In some tribal nations, it is younger members who have been exposed to the history of their language and culture through internet videos that are showing a renewed interest in learning and preserving it. Pride in their language plays an important role in how they understand and celebrate their identity. This concept is important to remember when working with multilingual students who may feel they should abandon their heritage language in favor of English.

Multilingual educators have a big responsibility to counterbalance the negative messages that encourage or incentivize their students to abandon their heritage languages and speak only English. Harrison encourages educators to bring forward the message that students who are multilingual should be celebrated and appreciated for the premier social and intellectual assets they bring to the classroom and to their communities.

During our conversation, we mention the following books and resources:

David Harrison is a linguist, author and advocate for the documentation and revitalization of endangered languages. He is Professor of Linguistics and Cognitive Science at Swarthmore College. Since 2007, Harrison has been affiliated with the National Geographic Society, co-directing their Enduring Voices Project, leading scientific expeditions, and creating publications and web-content. His early career research focused on Tuvan and other Turkic languages of central Siberia and western Mongolia. More recently, he has been engaged in fieldwork in India, Papua New Guinea, Micronesia, and Vanuatu.

His research explores the sounds, lexicon, grammar, and cultural knowledge found in the world’s languages. In his laboratory at Swarthmore College, Harrison works with students and speakers of minority and endangered languages to create Talking Dictionaries and other digital tools.

Harrison co-starred in Ironbound Films’ Emmy-nominated 2008 documentary film The Linguists, bringing attention to efforts to preserve dying languages. His work has been awarded funding from the NEH, NSF, Microsoft Research, National Geographic Society, and private donors. Harrison has authored several books and lectures widely on the value of linguistic and cultural diversity.

To get access to strategies and resources from experts in multilingual education, join the thousands of educators in our ELL Community - it’s free! 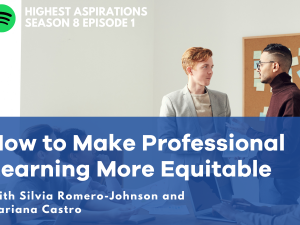 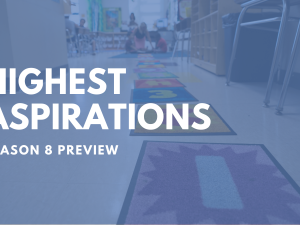