The Relationship Between Language and Math

Any math teacher can attest that language and math are intertwined in every lesson: from the verbal instruction to teach a concept to comprehending a word problem to verbalizing how the student got their answer. For these reasons, math class can be a major point of frustration for students learning English. Equally frustrated are the educators who recognize the difficulty these language barriers present, but struggle to find strategies to reconcile it.

Diane Kue spent 10 years as a classroom teacher and then an instructional coach and curriculum writer. Throughout that time she experienced a recurring issue: math teachers wanted to improve how they taught word problems for their ELs, but lacked pedagogy or research to reference. Diane embarked on a hunt to find resources to share with these educators, but she was unable to find anything that discussed how math and literacy were connected. However, while parsing through disparate articles, research, and books, she had a realization.

“I started to realize word problems are a marriage between literacy and mathematics. And these amazing mathematics articles weren't addressing the literacy component….I thought, what do we need to know pedagogically from a literacy standpoint so that we can address the math? Because really, in a word problem, it's the words that are exposing the math.”

In her quest to gain insight into this relationship, she compiled over 18,000 words of research. This would ultimately become the foundation for her own book, appropriately titled Solved: a Teachers Guide to Making Word Problems Comprehensible. Diane shares some of her most significant findings on the relationship between math and literacy in our recent interview on Highest Aspirations.

Are words really the problem?

“When I first started doing my research, I had this assumption that for our multilingual learners, the problem was that the language in the word problems was too advanced.”

Diane began investigating this by auditing one year of state assessments, cataloging every single word on the third grade, fourth grade, and fifth grade math tests. She then cross-referenced those words with a list of 1,000 most used words in the English language.  She found that while surprisingly many word-problem words overlapped, there were gaps that needed to be addressed: in third and fourth grade, 5% to 8% were mathematics-specific words that aren't commonly used. In fifth grade around 10% of the words on the test were mathematics-specific.

“So even though my theory that the math test was too hard to read might be dispelled because it was commonly used words, that 10% is profoundly important, because it can lead to so many misconceptions or misunderstandings in a word problem.”

Once educators isolate the small group of math or content specific vocabulary that their students will need to understand for a problem, scaffolding techniques such as pre-teaching or a glossary reference table are great ways to support your multilingual students.

A key theme throughout Diane’s book is the importance of allowing students to engage in academic conversations and supporting the necessary language skills to communicate process thinking.

“We want meaningful engagement. In the math classroom, traditionally we see math as an isolation of numbers, but it's not, because mathematicians, in the real world, they talk with each other. They need to work through their ideas. They need to test out incompleteness of thought or misconceptions or expansion. And because mathematicians have the language to be able to do all of that, they're able to become successful.“

Diane explains that in the same way, educators should bring this into math classrooms and create opportunities for discourse between students. 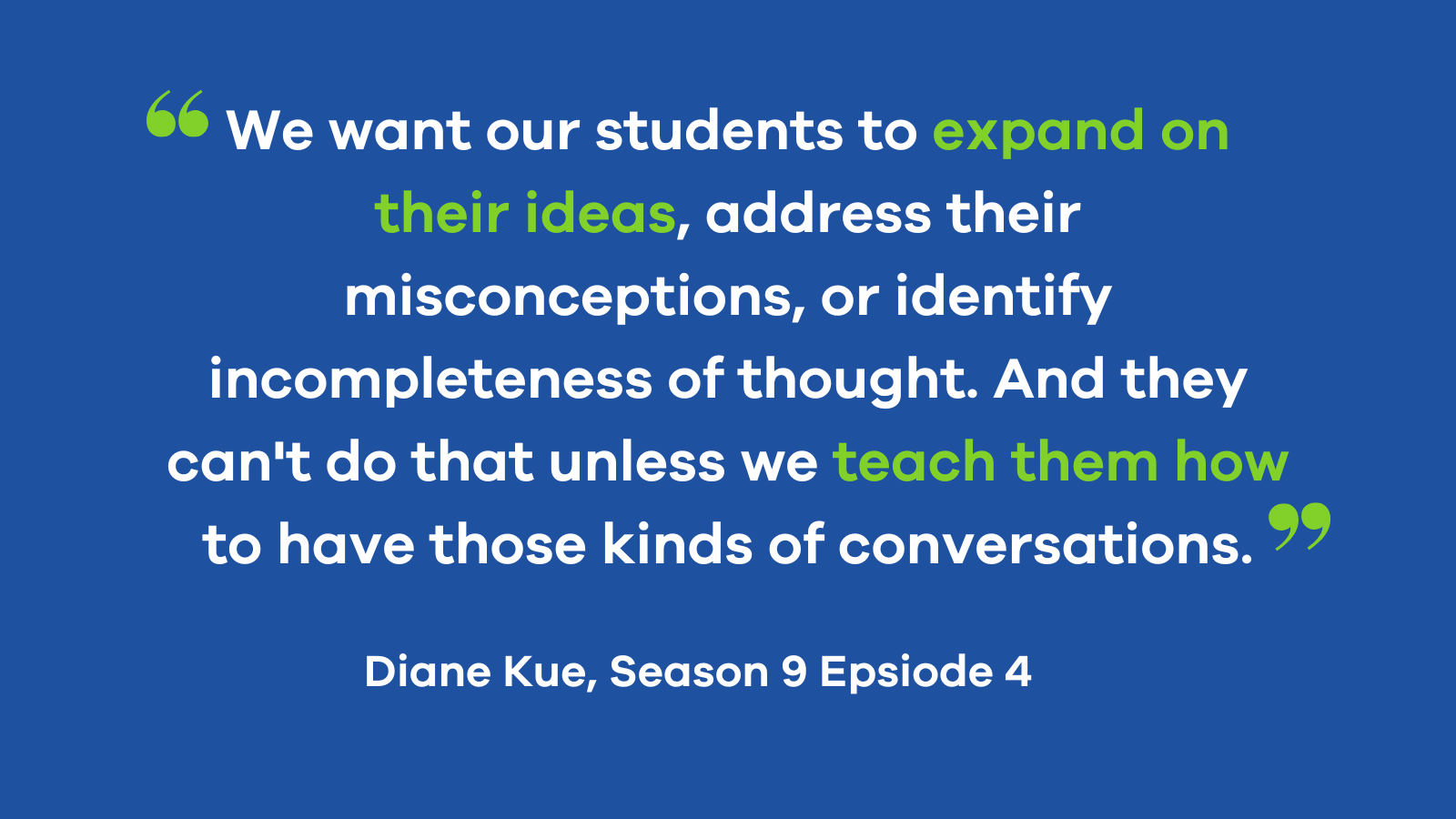 “We want our students to expand on their ideas, address their misconceptions, or identify incompleteness of thought. And we can't do that unless we teach them how to have those kinds of conversations. And they don't have to be structured where every word they're saying is something that they're reading off of a sentence stem. But we can prompt them, and prompt their thinking so that a conversation can organically evolve from those prompts.”

Diane even keeps a post-it on her computer that reads “How can I assess thinking skills and language proficiency in useful ways?" However you want to do it, finding reminders that keep yourself accountable is a key step in creating a classroom culture where meaningful learning can happen.

Reimagine the role of the teacher (and lighten the load)

At the end of our conversation, Diane leaves us some advice for educators who may be feeling overwhelmed and even guilty for not always meeting the unique needs of their students. She suggests instead that we accept the inevitability that we will make mistakes. Throughout her book, after explaining each strategic approach she also shares how she failed in her initial attempts.

Most notably, she urges teachers to relieve themselves of the pressure to be the sole educator in the room and remember that in many cases, students can actually effectively teach each other.

“Well, I do think that sometimes we're clinging to our identity of a teacher in a very traditional [role], ‘We are the ones who are showing you how things are supposed to be.’ If we just change our perception a little bit, it becomes easier to relinquish our need to be the ones that introduce concepts or be the ones that solidify the concept in your head, and understand that actually when our students engage with each other, they can own their learning.” 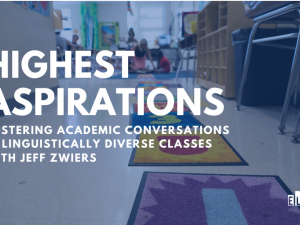 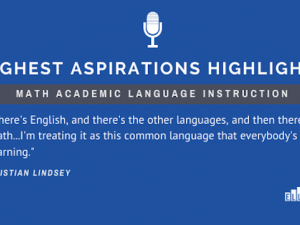