S2/E5: The Seal of Biliteracy: Past, Present, and Future With Martha Hernandez (Part 1)

We discuss these topics and much more in part 1 of our 2 part series on the Seal of Biliteracy with Martha Hernandez. Martha, the oldest of nine children, is a first-generation college graduate and a role model for her siblings who also earned university degrees and are now serving as physicians, teachers, a computer programmer, an organic chemist and a doctor of pharmacy.  She attributes her family’s success to her mother who was an unwavering advocate for her children with a strong belief in the power of public education. Martha’s lifelong support of the United Farm Workers and bilingual education has fueled her commitment to causes of equity and excellence in education especially on behalf of English learners. Her 42 years of public school experience at the classroom, school, district and county levels as well as her involvement in numerous state committees serve her well to advance the vision of Californians Together.

As you’ll hear in our conversation, Martha is both well versed and passionate about the history, current state, and future of the Seal of Biliteracy and its impact on language learners of all types.

Stay tuned for Part 2 of this series, where Martha and I discuss how districts are assessing criteria to achieve the Seal of Biliteracy, supports for teachers with diverse groups of language learners, preventing home language loss, and much more.

We'll share more resources when we release Part 2 of the series on February 26th.  Subscribe to Highest Aspirations wherever you listen to podcasts so you don't miss any upcoming episodes! 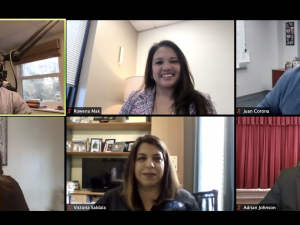 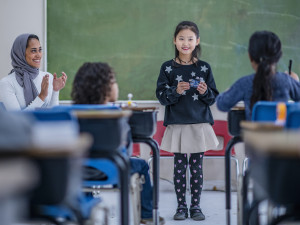 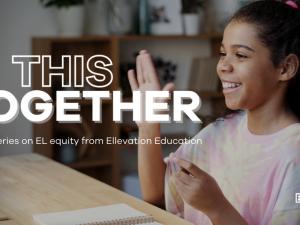 Video
"In This Together" - A Docuseries by Ellevation Education
Watch